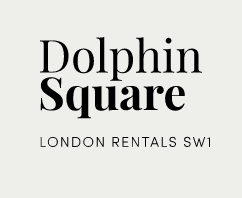 Almost one million people spend at least two hours every day commuting into London and back. That’s a significant chunk of time, forcing them to wake up earlier and limiting their ability to unwind after work. So is it any wonder that many of those commuters are seeking an alternative?

Some opt to dramatically reduce their commute by simply staying in the capital several nights a week. Traditionally, this would have meant renting a standard apartment – potentially on a short-term basis – from a private landlord, but today there’s also the option of choosing a serviced apartment. But what’s the difference between the two, and which is best for you?

What Is a Serviced Apartment?

Serviced London apartments have a few key differences that separate them from regular private apartments. It’s best to think of them as a cross between a hotel and an apartment (sometimes you’ll see them referred to as “aparthotels”). To qualify as a serviced apartment, a property should offer the following features:

Like hotels, serviced apartments are available on a short or long-term basis, whereas standard apartments can often only be rented for fixed periods.

Now that you understand the basic characteristics of a serviced apartment and how they differ from regular apartments, it’s time to consider which is the best fit for your requirements. Here, we weigh up the pros and cons of each:

Many standard apartments require the tenant to sign a minimum term contract. Generally, these contracts will be for at least six months. If you need something shorter – for instance, if you’re only working in London for a set period of time – your options will be significantly reduced.

Conversely, serviced apartments offer complete flexibility on the length of stay – although, as we’ll discuss in greater depth later in this article, the costs will typically become cheaper the longer you plan to stay. Whether you’re going to be in London for just a few nights or several weeks, a serviced apartment can be your home away from home.

Generally speaking, you wouldn’t expect a standard apartment to boast an on-site restaurant. It might have a swimming pool or a gym, but it almost certainly wouldn’t include weekly housekeeping.

However, features that we might think of as luxuries in a rented flat are often included as part of the package in a serviced apartment. At Dolphin House, you don’t just get an apartment; you get access to our Moroccan-inspired spa, renowned for its Hammam, Rhassoul, and Salt Infused Steam Room experiences. There’s a fully equipped gym – including a swimming pool and tennis courts – and even a restaurant dishing up a selection of British classics. In other words, it’s like a regular apartment, but with a whole range of bonuses.

As every renter knows, there are plenty of additional costs to consider on top of your monthly rent. Utility bills and council tax can dramatically increase the cost of renting a regular apartment. Factor in all the other potential costs – TV licence; contents insurance; service fees – and a standard apartment that once seemed like a low-cost option can become far more expensive.

That’s simply not the case with serviced apartments, where the price you’re quoted is what you’ll pay. All bills are included, which means no nasty surprises when it’s time to settle up. What’s more, because VAT drops to 4% for stays of longer than 28 nights, the cost of a serviced apartment actually decreases over time. Some providers also offer discounted rates for people who want to rent an apartment long-term but only want to use it during the working week.

If you’re renting a standard apartment, there are a lot of factors to consider before you move in. It might need furnishing; at the very least you’ll need bedding, towels, toiletries, crockery, cutlery… the list can be exhausting. And if you’re only planning to use the apartment for a few nights a week, you might decide it’s simply not worth the effort.

On the other hand, with a serviced apartment, there’s nothing to organise ahead of your move-in date (other than choosing the right apartment in the first place). It’ll be fully furnished, right down to the bed linen, towels, and kitchen equipment. Plus, thanks to the regular housekeeping, it’ll be spotlessly clean too. You just need to pack a few essentials and turn up. Why can’t everything be that simple?

While some of them offer a concierge, you generally wouldn’t expect any level of service from a standard apartment. You’re paying for the apartment itself, and that’s all you get.

Alternatively, choose a serviced apartment in London and you can expect to enjoy the sort of benefits associated with a hotel stay – housekeeping, a range of amenities, a 24-hour reception – but with added comfort and space (in fact, the average serviced apartment is 30% larger than an equivalent hotel room).

Conclusion: Which Is Right for You?

Standard apartments and serviced apartments offer their benefits. Your circumstances will dictate which is the best choice for you. If you’re going to be spending the majority of your time in London for six months or more, a standard apartment may be your best bet, because it’ll be worth investing the time and money in furnishing it to your standards.

But if you’re only going to be in the capital for a shorter length of time, serviced apartments are likely to be the better option. You get all the comfort and convenience of a hotel, but with the added benefit of more space. You’ll generally pay less for the privilege, too, as serviced apartment prices are typically 20% less than hotel rates of the same standard.

Want to learn more about the benefits of staying in a serviced apartment? Don’t just take our word for it; read our guest reviews. Or if you’re ready to book your stay, check the availability and prices of our various apartment types.