When you need a break from the city and some time away from the hustle of London, there’s no better place to visit than the seaside. A relaxing day out for anyone, nothing beats the feeling of cooling sea breezes, wading through glassy blue ocean tides or walks along golden sandy beaches. Proving to be the perfect combination, this is your sign that it’s time to enjoy the seaside.

In this blog post, we’ve rounded up a list of the best seaside days out near London. Discover our favourite seaside destinations that can be found just a short trip from the capital and are some of the most affordable seaside days out for friends and family. All you need to do is pack your sunscreen. Let’s dive in.

The best seaside days out near London 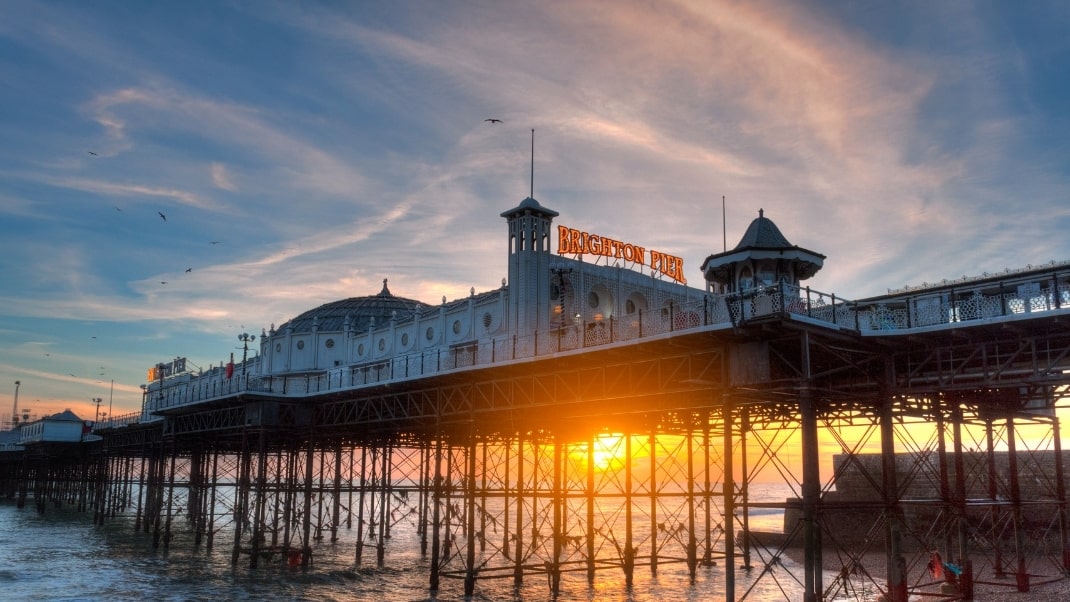 Brighton and Hove - or more commonly referred to as just Brighton - is a seaside adventure that will keep you on your toes with every visit. This long-time favourite destination for Londoners may be small but it packs the punch in personality. And with so much to see and do, the seaside resort has a reputation for leaving visitors with a lasting impression.

On your seaside visit, there’s a tonne of attractions to discover. Brighton is home to the world’s oldest aquarium (Brighton Sea Life Centre), Britain’s oldest cinema which is the historic Duke of York’s cinema, and is the only seaside resort to have a Grade I listed pier. We suggest arriving in Brighton and Hove early as you’ll want to make a full day's worth of fun here.

This small town in Southeast Essex, England, lies at the mouth of the Thames Estuary and is a popular seaside town because of its two beaches. Shoebury East Beach regularly attracts kite surfers and paddleboarders to the water. Its long sandy beach, crowned with grassy hints of land, is the perfect spot to unwind and relax as you soak up the day’s sun.

To the south of Shoeburyness sits the Shoebury Common Beach, a shorter sandy stretch of beach that’s frequently visited by swimmers, sunseekers and kite surfers. If you’re visiting this summer, don’t forget to drop in and try the ice cream at Uncle Tom’s Cabin.

Staying in the East Sussex area, travelling to the village of Camber is more than worth your while. Upon arrival, you’re rewarded with a stunning stretch of sand dunes and a crisp white beach considered to be a rarity on this side of the coast. A fabulous and unspoilt beach, the seaside at Camber Sands is one that regularly attracts raving reviews.

While the crystal clear blue sea washes ashore, and you bury your feet into the beach’s rich warm sands, you could temporarily be mistaken for feeling like you were lounging on the Spanish coast. This is one seaside day out not to be missed.

Just north of Kent lies Whitstable, a seaside town with a population of about 32,000. Regarded as a picture-perfect destination for those in need of a little fresh air, pretty Whitstable is the perfect spot to soak up the rays, grab a bite to eat and take a dip in the sea.

While relaxation is a must, there are some great sights to see including Whitstable Castle or Tankerton Towers as it was first known. That said, we recommend visiting The Lobster Shack which offers a range of seafood plates from lobster to fried fish alongside beer - the perfect way to round out a great day out at the seaside. 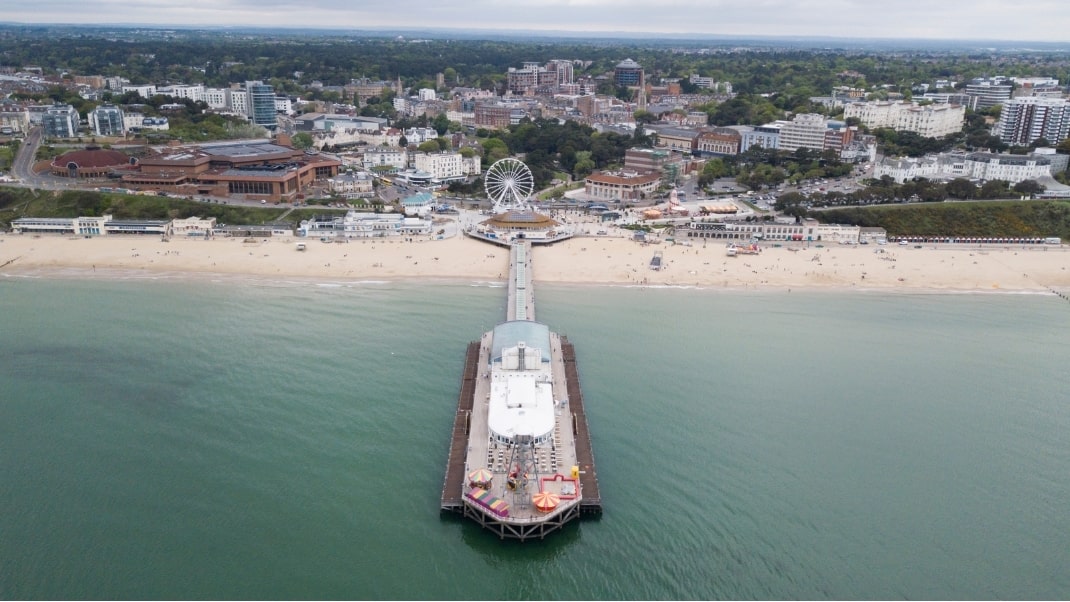 This coastal resort town on the south coast is the UK’s number one spot for windsurfing and learning the sport thanks to its designated area for watersports. However, if keeping dry is your thing then there is plenty to see and do on your day out. For example, both the Bournemouth Oceanarium and the Pool Quay - the largest natural harbour - are a must for sightseers.

Bournemouth, like most southern coast destinations, is blessed with a warm microclimate but can’t guarantee this all year round. That’s why they made sure there are plenty of attractions to be enjoyed both inside and outside. This means if you’re looking for a seaside break during the winter months, Bournemouth will always have something in store for you.

Dubbed the ‘original seaside’, Margate is best known for its sandy beach and retro harbour town feel. A venture out to this seaside destination and you’ll easily fall in love with the holiday-town charm on this stretch of the English coastline. There are miles of low chalk cliffs to explore that welcomes both hikers and cyclists to its trails. If you’re in need of something a little more thrilling, Dreamland Margate amusement park and entertainment centre will evoke the blood-pumping adrenaline you desire.

Of course, there’s something for everyone who visits Margate, including the internationally-acclaimed Turner Contemporary gallery and Margate’s Winter Gardens which draws in big names to the seaside for some thrilling performances. This one is not to be missed. 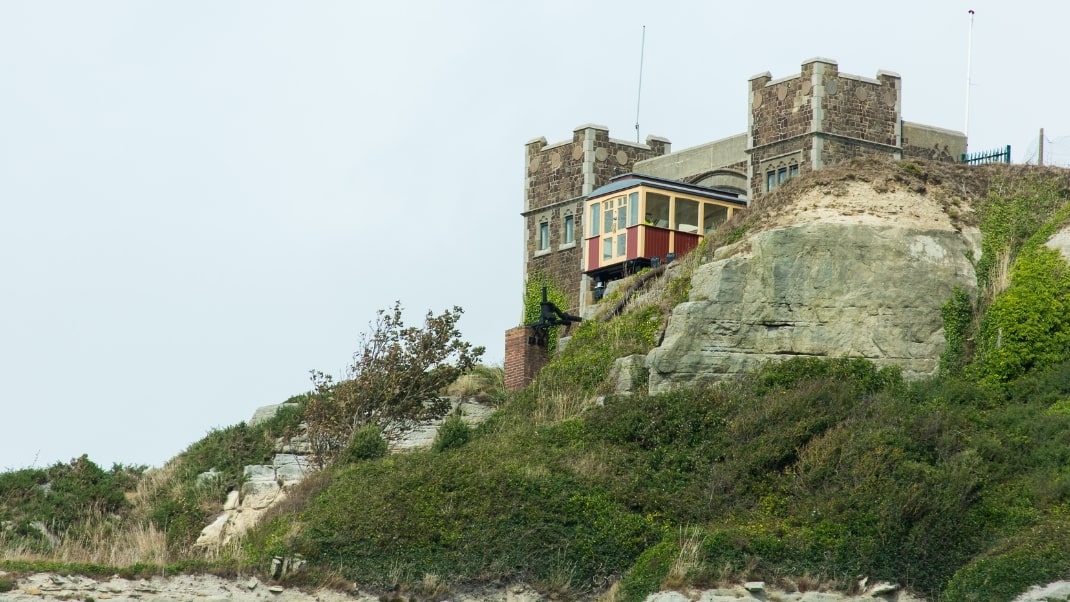 Another south coast gem, Hastings overlooks the English Channel and is a seaside town steeped in history. Widely recognised for the Battle of Hastings in 1066, today, Hastings is a popular seaside resort boasting the UK’s largest beach-based fishing fleet as well as plenty of historical landmarks, museums, art galleries and national parks to keep you entertained on your visit.

If you’re looking for something a little off the beaten track, we highly recommend checking out Old Roar Gill, a beautiful green woodland walk with a surprise to be found near the end.

The final seaside destination on this list is Aldeburgh in Suffolk, a small North Sea coastal English town with just a population of roughly 2,200. When visiting Aldeburgh, enjoy breathtaking views across the English Channel or look inland to gaze over the River Alde. Once an important Tudor port, the charm of Aldeburgh now lies in its strong local community rich with things to see and do on your visit.

The Aldeburgh Market provides the freshest meals around while the Jubilee Hall offers the best in performance, entertainment and the creative arts. However, at the end of the day, there’s nothing better than a quick soak on the beach of both sun and sea to top off what can be considered one of the best British seaside destinations.

Plan your next trip to the seaside from Dolphin House

A seaside day trip from London is a must for sun-lovers and sea-paddlers. When you choose to visit one of the destinations from this list, we guarantee you’re in for an unforgettable experience whether it’s turquoise water, incredible scenery or the tastiest ice cream in the country.

Make your seaside day out in London even more unforgettable with a comfortable stay at Dolphin House. Nestled in Pimlico, travel to and from London has never been easier or more convenient. Ideal for solo travellers, couples or families - Dolphin House is the perfect choice for travellers looking for simplicity and sophistication.

Avoiding the London Congestion Zone: How to Plan your London Travel