Mr. Archie Hancock first joined Dolphin Square as an engineer at age 19, back in 1940. On a visit to London in 2013, Mr. Hancock returned to Dolphin Square after 60 years away from the capital.
During his stay he kindly made some time to sit down with us, to give an insight into what it was like to live and work within the square during World War II, and beyond.

Why did you first decide to come and work here at Dolphin Square?

My cousin John Dobson was the chief engineer here at the time, [1940] and he asked me to consider joining the team at Dolphin Square as an engineer. As it was during the war when I joined, most of the families within the square had been evacuated.

We [other workers] slept down in the Collingwood House basement [boiler room]. We had a row of beds down there, in the boiler house that goes across two levels, we also had a row of lockers. So we slept there and worked within the square. I didn’t pay any rent to live here.

Can you give an insight into some of the time you spent here during World War II?

At lunchtimes we used to eat down in the boiler house. We had a trestle table with a bench either side, one of the men had previously been a chef. We used to give him our ration books and he would buy the ingredients from the shops within the arcade. With all our ration books pulled together, meant we could have quite a decent meal – that was quite nice. One of the families that weren’t evacuated used to come down and sleep in basement too. The engineers used to do three different shifts. These were 6-2pm, 2-10pm and 10-6am. The engineers were responsible for everything during these times, the general maintenance of the building.

Before my time here, a bomb came in on the garden side, right in the corner where the building comes down to the ground - straight into the bomb shelter and killed 12 people. These people had just been evacuated and brought into the square to stay safe. 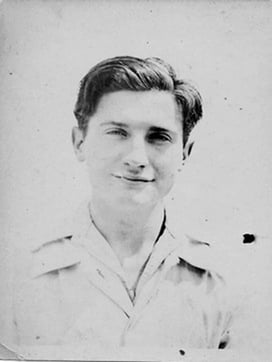 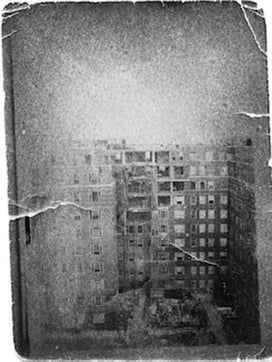 So, after this the building was completely empty, everyone moved out. But while I was there the chief accountant of the square decided he and his wife and a couple of friends would move into the empty shelter. One evening their friends were in the canteen and left the couple in the shelter, and that night a bomb came down here and killed the chief accountant, his wife survived.

There was another bomb dropped on the square during my time and it came crashing down onto a piano while one of the other men was playing it, no one was killed.

Also when the bombs dropped nearby in the river, you could feel them, Dolphin Square is located very close to Battersea Power Station. Amazingly, there wasn’t much re-building needed after the bombs in Dolphin Square. 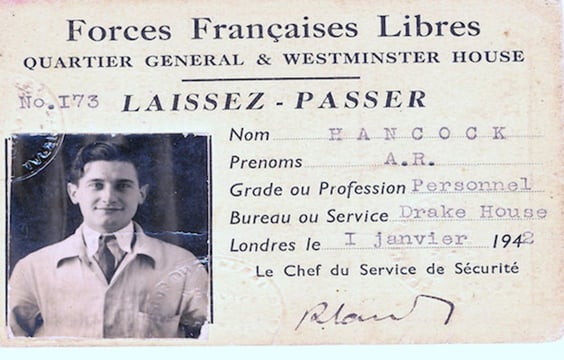 Can you tell us about your experience of the free French who were based here during the war?

The Free French Forces came to Dolphin Square in January 1942. They had strict security and we had to have a special pass to gain access into the areas that they were occupying. Charles de Gaulle visited the square to work here, although I never saw him, they had another headquarters somewhere in London too.

What are some of your fondest memories of socialising during your time here?

So after your first period at the square, you joined the RAF. You then returned to the square to work here again?

Yes, I returned to the square to work in 1946 and left in July 1951. John Dobson asked would I take all the night calls if I had a room here in the basement, as I wasn’t married at the time - I said yes. I lived in Howard at this time. After the war was over, there were some differences in our jobs, but the general maintenance of the building remained the same. We looked after the square 24/7. One of the fun jobs we had was when we operated disco lights in the pool area for people who wanted to swim in the pool after dinner.